Bud McKinney was a founding member of TrüNorth Global along with the Owner and our Marketing Director. This three-person nucleus is now working with corporations and people around the world in protecting their assets. From semi-trucks, construction equipment and agriculture, to cargo/transport ships, power generation and aircraft, TrüNorth Global™ mitigates the risk of costly commercial equipment repair that can sideline, and in some cases, put a company out of business. https://www.trunorthglobal.com

Bud McKinney is a retired FBI Agent. In 2005, he established Strategic Leader, Incorporated (SLI), a consulting business in strategic leadership development and risk management. SLI’s initial contract was for conducting international compliance investigations in Foreign Corrupt Practices Act matters with the US Department of Justice, the Securities and Exchange Commission, Tyco International, and White and Case Law Firm. SLI led investigative teams of retired FBI Agents, lawyers, and accounts for some 3 years in 20 countries. SLI continues to do contract work subcontracting ad hoc teams as necessary.

SLI has engaged in Site Security Management during construction and subsequent operations with SCIF Constructors and Electronics and Special Aerospace Security Services, Inc. We also worked with the National Security Training Institute through presentations, courses, and seminars in the national security arena.

SLI worked with Johnson and Maples, Caitlin Syndicate, and Lloyds of London in risk management, for food and beverage security, and incident investigations. SLI and Johnson and Maples also conducted risk assessment and training for Del Monte Foods.

SLI’s endeavors included developing strategic leadership and security for NASCAR Security, Local, State, and Federal Law Enforcement, and other public and private sector executives and their organizations. SLI also led risk management and assessments for insurance groups, their policyholders, and for other clients. 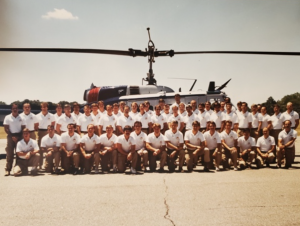 In 1983 he was chosen as a plank holder member of the FBI Hostage Resuce Team (HRT) and served as an Assistant Assault Team Leader.

In 1990, SA McKinney left the HRT to become a Firearms Instructor on the Firearms Training Unit at the FBI Academy, Quantico, VA. From this position he was promoted to the Attorney General’s Detail, Washington, DC, where his responsibilities included security of U.S. Attorneys General and liaison with federal, state, and local government agencies, as well as foreign government agencies. He was later assigned to the Management Science Unit as Administrator for the Management Aptitude Program, the assessment center for supervisory and executive positions in the FBI. In 1995, he was approved by the University of Virginia as Adjunct Instructor for the FBI National Academy (NA) and taught leadership courses, both graduate and undergraduate to the FBI NA.

While Agent McKinney was attempting to go back to a Field Office investigative assignment, the FBI Academy Assistant Director asked him to lead the FBI National Executive Institute (NEI). This position included duty as the Training Advisor for both the Major Cities Chiefs (MCC) and the Major County Sheriffs (MCS). The NEI, MCC, and MCS are the top programs at the FBI Academy and provide education to the Chief Officers of the largest Law Enforcement agencies in both the United States and International Agencies around the world.

In 2000, Agent McKinney retired from the FBI, but was asked by the MCC to continue work with them as the Senior Advisor and heading the MCC Human Resources and Emerging Issues Committee. For over 25 years, Bud has been re-elected to the FBI NEI Association Board of Directors and is currently serving in that capacity.

Since 2005, Bud has served as the Chairman of the Board for Christian Family Life.

From 2002 until 2005, Bud worked for The Coca-Cola Company in Strategy Development and International Security. He was instrumental in the worldwide roll out of the Incident Management, Crisis Resolution Program to Coca-Cola’s global system. Other responsibilities included providing strategic security to Coke’s Pacific Rim businesses and enhancing Coke’s liaison with U.S. and foreign law enforcement and government officials.

Prior to joining Coke, he was employed with Verizon Communications in Public Policy and External Affairs. He established and maintained strategic alliances between Verizon and officials in federal and state government, private industry, and academia. He was involved in the formation and operation of Verizon’s regulatory compliance group with its focus on corporate governance. He was also involved in the research of strategic telecommunications issues.

Bud served six years in the US Marine Corps Reserve, in VMA 233 and HMM 774, and he was honorably discharged as Sergeant.

In other employment experiences, Bud worked in residential home construction for Russel Construction for 3 years and also in wholesale plumbing, electrical, heating and air conditioning, at the Noland Company for 5 years.

He earned a B.S. in Business Administration from Old Dominion University in 1976, and finished a M.S. in Public Administration at Virginia Commonwealth University in 1990. After he completed a Graduate Study Certificate in Adult Learning and Instruction from the University of Virginia in 1998, he earned a M.S. in Human Development and Adult Learning in 1999 from Virginia Tech. In 2007, he successfully defended his dissertation research work on Strategic Leadership in Law Enforcement for a Ph.D. in Human Development and Adult Learning from Virginia Tech.

Married to Margaret since 1970, they have three daughters, three sons-in-law, and six grandchildren. 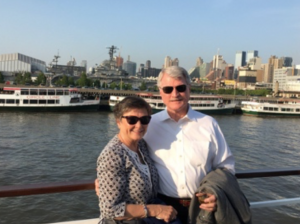 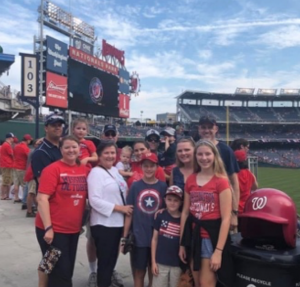