In 1991 Larry Brockelsby, Director of the Human Resources Division of the St. Louis Metropolitan Police Department attended several MCCA functions with SLMPD Chief, Clarence Harmon. Since many topics were HR related, Chief Harmon and Director Brockelsby were asked by the MCCA to convene a working committee composed of HR personnel from major cities police departments.  The intent was to have the HR group provide annual reports on a “hot” topic of broad interest.  The first project was physical fitness standards, and it was published in 1993.

In 2015 Chief Roessler, Fairfax County Police Department became the Executive Chairmen of the committee, and with a focus on emerging issues it was renamed the Human Resources and Emerging Issues Committee (HREIC). This group has the benefit of a yearly infusion of new members due to changing assignments and retirements within the individual MCCA departments.  Additionally, subject matter experts are recruited to work on emerging issues. There is also additional diverse input that comes from extending membership invitations to representatives from the Major County Sheriffs (MCSA) and FBI NEIA members.  Our goal is to work together as partners to explore issues common to the major departments, and to benefit all of law enforcement.

The relationships between the MCCA HREIC, FBI NEIA, the MCSA, and the FBI have been mutually beneficial.  The timely reports are based on contemporaneous issues addressed from the professional practitioners and subject matter experts’ experience and perspective.  Over the years, the FBI Training Division has continued to support the work of the Committee through participation in meetings and projects and through the Leadership Fellows Program.  The FBI has promoted past projects by featuring the reports on the FBI Television Network (FBITN) and on the Law Enforcement Television Network (LETN).  In recent years the reports have been made available on the World Wide Web and compact discs.

The Committee meets three times per year.  The MCCA identifies current issues, selects the annual topic, and the committee begins the outline and assignments at their first meeting.  During the second meeting, working teams research, discuss, and begin drafting the report.  During the last meeting the concluding edits are made, and subsequently the final report is presented at the MCCA spring meeting.

The HREIC members also share information and seek assistance for writing and implementing new policies on the challenging issues of our individual organizations through the use of group emails. 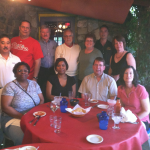 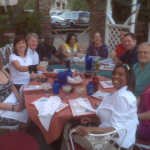 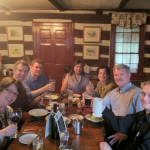 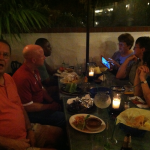 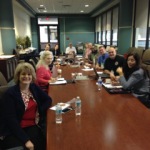