MCCA is a professional association of Chiefs and Sheriffs representing the largest cities in the United States, Canada and the UK. MCCA membership is comprised of Chiefs and Sheriffs of the sixty-six largest law enforcement agencies in the United States, nine largest in Canada and one in the UK. They serve 82.5 million people (69.5 US – 10.5 Canada – 2.5 UK) with a sworn workforce of 190,402 (161,664 US, 20,506 Canada, 8232 UK) officers and non-sworn personnel.

MCCA was formed in 1949 to provide a forum for executives to share ideas, experiences and strategies for addressing the challenges of policing large urban communities. While the forum remains a primary purpose, as MCCA has grown its purpose has expanded to include: 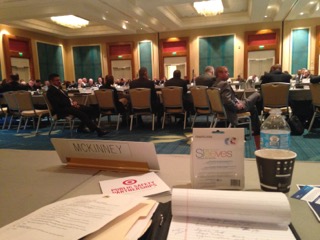